Most individual commodities were already in short supply when 2022 began. Key factors behind this included a supply crunch as consumers shifted spending from services to goods, funded by direct government stimulus into consumers’ bank accounts and a surge in money supply by over 40% since 2019.1

In addition, by year-end 2021 Europe was four months into an energy crisis with local natural gas prices up 800% in less than a year2  caused by a combination of “just-in-time” purchasing and a global surge in natural gas demand brought on by drought conditions that boosted energy needs for cooling and created shortages in hydropower capacity. Matters worsened in February after Russia’s invasion of Ukraine constrained the supply of several commodities and created even more price pressure. By June, many central banks around the world had enacted hawkish policies to dampen inflation, resulting in a commodity sell-off. But the sell-off was short-lived, and by July and August the commodity markets were marked by undersupply and higher prices. Things changed in September as investors feared that central banks would push rates too far and cause a deep recession, which sent commodities prices lower for the second time in 2022. Since then, central bankers have eased their hawkish language to a degree as inflation appears to have peaked even as it remains elevated.

According to the National Oceanic and Atmospheric Administration (NOAA) forecast, La Nina will moderate early in 2023, potentially easing drought conditions that have plagued crops in North America and South America for the past three years.3 While that would be good for the supply of corn, wheat, and soybeans, it could mean weaker unit prices ahead for agricultural commodities. Although global weather patterns may allow farms to increase crop yields, the Russia/Ukraine situation may offset the supply uptick especially if supply is constrained in China. However, the La Nina forecast forces us to make agriculture our least-liked sector.

Mother Nature will determine the magnitude of Europe’s energy pain this winter. An unusually cold winter of the magnitude of 2010 would see German natural gas storage depleted as their natural gas storage is only 17% of total annual demand.4 Regardless of winter's severity, the Nord Stream5 1 and 2 pipelines will not help Europe restock gas for next winter, as they appear permanently damaged. The US has several liquified natural gas (LNG) projects underway, which in conjunction with other projects in the Middle East could help fully supply Europe by 2025. Global natural gas markets are scrambling to get by until the large export projects are completed in 2025. Almost any Covid reopening scenario may see global oil markets undersupplied in 2023. Global distillate markets await the completion of large refinery projects in the Middle East and China. Still, we are not fans of pulling oil from the US, shipping it to the Middle East for processing, and then sending it back to the US as gasoline or jet fuel.

Base metals pickup with the economy

Lead will be added to the Bloomberg Industrial Metals Index6 in early January. Lead is used in automotive batteries, including as a secondary power source for most electric vehicles (EVs), and in some large grid-scale batteries as well as E-bike batteries. Lead will join existing index members of copper, aluminum, zinc, and nickel. Over the past 20 years, industrial metals prices have been highly correlated with trailing "total social financing" (TSF)7 in China as the country industrialized. Indeed, more Chinese fiscal stimulus may be on the way. Recently the government has indicated a preference for higher fiscal spending in the immediate future, in addition to continuing support for infrastructure and the property sector. Should this occur, it could signal an uptick in industrial metals demand in combination with the country's reopening from Covid-19 restrictions.

Silver could also see an uptick in demand amid increased industrial metal usage. The US stopped a shipment of solar panels from China due to Uyghur human rights abuses, contributing to a decline in solar panel installations this year.8 But we expect the decline to reverse in 2023 with an uptick in solar panel installations, which is positive for silver demand. Gold demand from retail investors in India and China has already rebounded. We expect central bank demand for gold reserves to remain at high levels following the 400 tons purchased in the third quarter, which set an all-time quarterly record.9

1. The Russia/Ukraine conflict will not end soon and it continues to impact exports from both countries. In tandem, these two nations are significant exporters of wheat, barley, natural gas, processed nickel, fertilizers, and seed oils. crude oil/products, palladium/platinum, lumber, refined copper, ammonia, steel, uranium, and titanium as well as aluminum and coal. However, it is difficult to see a path to normalized export levels amid damage to farmland, ports, and international relations.10

2. Historically, when China pivots the world benefits. In response to public protests the government eased intermittent Covid restrictions, which threatened to enter their fourth year, by boosting elderly vaccination rates, removing Covid tracing apps required to enter buildings, and allowing more freedom of movement. This year's “outlook season” was delayed because many banks delayed their 2023 outlooks hoping for more conviction in central bank and economic views.

There is a lot of negativity priced into commodities, but the lingering effects of Covid-related lockdowns and policies have skewed the picture. It is difficult to predict economic output in the best of times, but we have not seen a complete global picture of supply and demand for more than three years. What comes next could be a surprise.

Including gold, silver, platinum, and palladium within a diversified portfolio may provide exposure to several trends. Palladium is used in automobile pollution control devices. Recent reports indicate that EV demand has fallen due to lower levels of consumer discretionary income, as well as higher interest rates that boost monthly payments on EV vehicles. We may need pollution control devices for hybrid and internal combustion engine (ICE) vehicles for longer than expected. Platinum is used in sterling silver, but it also plays a role in hydrogen fuel cells. Until recently the hydrogen trend has been relatively muted amid talk of other renewables, yet great strides in this area have been made in China. Silver is a critical component of solar panels and is used in a number of industrial processes. Gold is no longer the statutory base of the US dollar system, although it is the key asset that keeps the Federal Reserve11 balance sheet in the black.

Elsewhere, recession fears have caused a crowded trade with investors going long the US dollar. Should recession fears abate, a weaker US dollar could provide a tailwind for commodities generally and precious metals specifically. Physical precious metal funds which hold the metals in bar form in audited vaults help avoid the cost of rolling futures contracts that are often higher for precious metals than other commodities. A fund consisting of gold, silver, platinum, and palladium gives a bit of exposure to cyclical expansion via industrial demand, to renewable energy via hydrogen fuel cell use, to traditional vehicle pollution control, and to a weaker US dollar.

The statements and opinions expressed are those of the author and are as of the date of this report. All information is historical and not indicative of future results and subject to change. Reader should not assume that an investment in any securities and/or precious metals mentioned was or would be profitable in the future. This information is not a recommendation to buy or sell. Past performance does not guarantee future results.

Trading in commodities entails a substantial risk of loss and is not suitable for all investors.

Diversification does not eliminate the risk of experiencing investment losses.

There are risks associated with investing including possible loss of principal.

ALPS is not affiliated with abrdn. 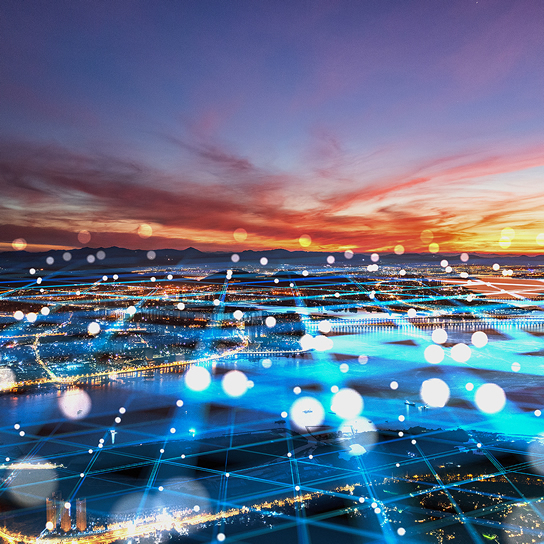 Adding commodities to a diversified portfolio may add value by reducing overall volatility and risk.